Selena Gomez has frequently been at the forefront of popular music for the past 5 years. Although producing a solid continuity of hits she has yet to produce a smash hit to become a household name. Nevertheless "It Ain't Me" still proves to be a perfect middle of the set foot tapper with some BPM adjustments and added percussion.

Similarly styled to "It Ain't Me" "Stay" steps up the energy slightly and features fresh organic vocals from the Brampton based outbreak star Alessia Cara. Epic drops in this track command attention and calls the crowd to the dance floor.

Straying from the current Top 40 song recipe strongly influenced from EDM, Niall Horan brings a slightly more organic sound. Speeding up the tempo paired with a catchy chorus makes for a great song all ages can dance to.

Another alumni from the boy band One Direction. Liam Payne brings the groove paired with some rhyming from Quavo who seems to be in every song at the moment. Strip that Down is loved by the young and should be catered to that specific audience.

For fans of country and beyond. Memorable lyrics and a slow sexy beat make for a cheeky middle of the night track to have all your guests dancing from all age groups.

For The Chainsmokers gone are the days of the obnoxious club track "Selfie" created to poke fun at girls of this generation. Little did they know the song would become an anthem for partying, drinking, clubbing, etc. Now The Chainsmokers are focusing their energy on tracks with a more hip hop inspired beat coupled with emotional and epic vocals. "Closer" is the smash hit needed to brand The Chainsmokers as a household name.

Making radio dominance near the end of summer 2017, "Wild Thoughts" samples from Santana and features the sexy vocals from mega star Rihanna. A perfect recipe for a late night dance track.

Recognized and loved by most, Ed Sheeran adds a Latin flare to his usual acoustic songwriter style. Adding a kick drum throughout this track turns up the groove significantly and pushes your wedding guests to dance harder.

After achieving world class success with festival style EDM, Calvin Harris breaks onto the scene again with a more funk, disco, and hip hop inspired sound. His new album which features almost every important name in music today delivers a solid continuity of hits to successfully carry him forward into 2017. "Slide" delivers on all fronts and features the cool, calm vocals of Frank Ocean and the very relevant Migos.

The obvious #1. Justin Bieber coupled with an island beat and Latin vocals gets all the ladies dancing. Mass popularity simply demands that this song gets played at most weddings. 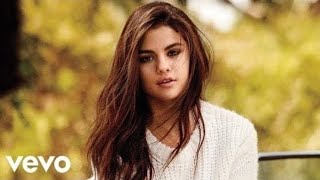 Buffet vs. Plated Dinner - 10 Things to Consider For Your Wedding